The Sociopaths and Phoebe Prince

Phoebe Prince continues to make headlines after her recent death as a result of the relentless abuse by her peers at South Hadley High School. This story has opened a lot of floodgates with parents and alumni of South Hadley High School expressing internalized anger as they never stepped in to stop this abuse or any other abuse which has occurred in the past on their campus. A Task Force is now formed to keep an eye on things. Also, two students have been expelled and criminal charges could be pending. As this became a cyber issue on Facebook, many still taunted Phoebe before and after her death on a Memorial Page made in honor of Phoebe. These individuals who posted slanderous remarks may also be facing criminal charges. Bystanders at school and online turned a blind eye to the problem and did nothing to stop it. Now, after the fact, all of this has pushed Massachusetts to finally get an Anti-bullying Law on the books. It took something so horrific as this for them to finally move to action.

Phoebe had moved from Ireland to Massachusetts with her family and enrolled at South Hadley High School as a Freshman for the 2009-2010 school year. She started dating a Senior boy from the football team. This enraged a group of students who felt she needed a “reality check” or a “come-uppance” for thinking she could date this young man and not suffer in the process. So, they proceeded to make her life miserable in school and through technology. This moved to Facebook where they continued spreading their ilk for the whole world to read. As any victim of this form of abuse, Phoebe snapped and took matters into her own hands. She came home, went up to her room and hung herself. Her 12 year old sister found was the one to find her after she died. Wow, what a way to welcome a new student not only to a new school but a whole new country.

Expulsion is a form of punishment. However. One has to wonder if this is punishment enough or will this even affect these bullies? Studying this case and the behavior of these bullies, I honestly believe these individuals are full blown sociopaths. I have gone over the psychological makeup of a sociopath and these bullies fit the behavior to a tea. For starters, one student bragged about “fooling investigators” after she was questioned on her involvement in Phoebes death. The fact that while Phoebe was alive, they constantly taunted her at school and at home. They threw trash at her regularly. If that was not enough, they went to Facebook and spread more venom. After she died, they came back to Facebook and delighted in her death. There was no remorse or regret on their part. Folks, this behavior is scary! What these bullies need is extensive psychotherapy, not expulsion. Someone needs to be reaching these bullies on a psychological level so they do not commit this sort of damage towards another individual. Expulsion will not affect these bullies at all and I fear nothing will be learned as a result.

Again, it is so important for bystanders to step in and speak up. If this happens in school, please tell someone. When going online and seeing these so called “pages” attacking others, report them to the website! These websites have options where behavior such as this can be reported. Phoebe may still be alive if someone had stepped in and stood up to these abusers. This was a young, pretty girl in the dawn of life. If putting oneself in the others shoes, they may see that it is not so fun being a victim of such abuse and yes, can happen to anyone.
Posted by Elizabeth Bennett at 8:58 AM

I just came across your blog and wanted to thank you for your information. My child has been a victim of bullying and I am so tired of seeing this trend becoming worse throughout the country. Do you have information on what can be done on a local or state level regarding laws and bullying? How many more children have to die before a change takes place!?

Thanks, Elizabeth, for this resource -

What is really tragic about the Phoebe Prince incident -- and about all similar incidents, of which we've had too many lately -- is that everyone seems to want to talk about "who's responsible" rather than "how can we prevent it?"

In an article today, published by the Associated Press, it was mentioned that a noted anti-bullying expert came to South Hadley High School and spent a day at the school talking with educators and administrators.

A DAY. You can't cure bullying in a day! The only way we will cure bullying is to build in students and the school the type of culture where it simply doesn't occur.

Laws won't fix it. Most "anti-bullying" programs haven't fixed it. We can't continue to accept the status quo and believe that because schools have "a program" or policy, it's enough.

I've been very outspoken on the issue of effective prevention for years. If you want to know more, feel free to visit my blog at http://ca.news.yahoo.com/s/capress/100330/world/us_school_bullying

Hi Anonymous, visit my website @ http://www.peerabuse.info and can speak further. Sorry I did not get to this sooner. I wish Blog Spot would alert us when we get comments. Have a good week.....

Thanks Corrine, I think its important for us experts to speak and plant a seed. However, the school needs to follow through also. No, nobody is going to learn this in a day. Its a day by day learning and everyone involved must step up. Many times people are looking for solutions without understanding the problem. Thanks again for reading and have a good week....

Thanks for the blog, Elizabeth...

Phoebe's story makes me so sad. When I heard what had happened, I was moved to make a statement on Phoebe's behalf, so I wrote this song. I'd be honored if you'd listen to it.

There are so many kids like Phoebe who feel lost and alone. No kid deserves to go through that. If this song can make a difference in just one kid's life, I will be satisfied.

It's time to put a stop to bullying once and for all.

Hi Brian, thanks so much for sharing your song on here. Its lovely and I hope it reaches others out there. I agree, this problem needs to stop once and for all. Have a good Wednesday :) 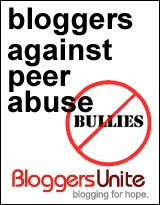